You are here: Home » Blog » Tips and tricks

The days of logic analyzers are not quite over yet. But due to signaling speeds going up, LA’s tend to be used a lot less these days. The issues are a combination of physical probing and speed.

Traditional LA clip-on probes have very few places to attach on a modern high speed board with BGA’s and SMD parts. Physical probing becomes very difficult to do – and with the many simultaneous connections needed on a LA it’s a good part of the reason they aren’t used that much anymore.

The other issue is signaling speeds. With logic speeds on the boards exceeding 300 MHz, it’s extremely difficult to arrange proper termination and signal integrity becomes a huge issue. You simply can’t expect the circuit to still work the same after you attach a LA probe with capacitive and stub effects.

Somehow I think that change is great. Let me tell you why.

LA’s used to be expensive. Really expensive. Because you wanted the fastest you could get, and that usually meant very high prices. No so any more. You know the LA is not going to be useful for all your digital circuits. Far from. It will only be useful to hook onto those signals that are slow (and by slow I mean both in toggle frequency and edge speed). That makes a low cost LA so much more attractive now. As a debugging tool for complex logic and sequencing, the LA is still a very useful tool.

I had the chance to work with a high-end hobbyist LA called Saleae Logic16 (priced at about EUR 240). 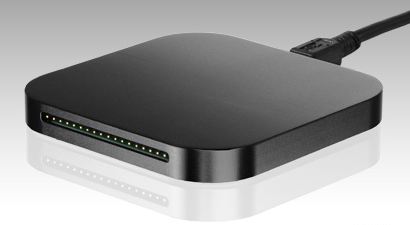 It’s a really useful tool. Hook it up to the USB port and use the PC as interface. It does all kinds of decoding of I2C, SPI and other simple serial buses, so it’s very useful for debugging those interfaces. 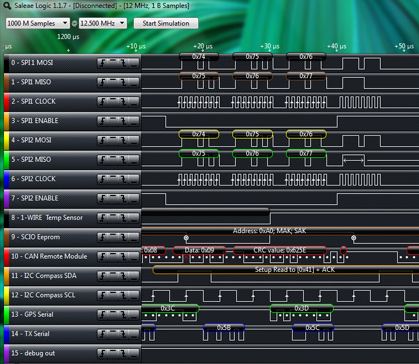 The two things I loved most about the big old expensive LA’s are missing though:

But hey, you can’t expect to get everything at that low price. Directly asked, the very responsive support engineer at Saleae told me that trigger features were on their list of improvements. So maybe my first bullet goes away by itself.

The upper sampling frequency is 100 MHz at 2 channels, but wait. You really don’t care. It’s not going to work for the fast signal anyways. You will only attempt to use it for those signals that are relatively slow. The race for speed on LA’s is over. Now lets enjoy that tools get a lot cheaper when you step off that race.

Find Logic16 at www.saleae.com – enjoy. And add to the comments, if you have found other cheap and useful tools that have surprised you in a positive way.