You are here: Home » Blog » Tips and tricks 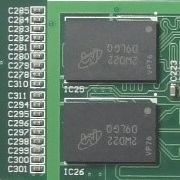 Is the approved vendor list a good idea? If you have ever been involved in electronic development for anything manufactured in volumes, you know how important second sourcing is. For as many parts of the system as possible, you want to have multiple independent suppliers. That just makes procurement so much easier when the thing is actually in production.

So how do you handle that in practice?

At the Bill of Materials (BOM) level, there are basically two methods:

At first glance, the difference may not seem to matter much. Method A seems to be the most common, but it does have some interesting side effects.

What’s wrong with this?

Method A will in general work quite well, but does have a few significant problems:

One good thing about Method A is that it’s supported by all kinds of PDM/PLM systems etc. So it can easily be the default selection because of “the system” – not because it’s a good idea. When this happens – watch out.

Method B seems to be more work, as the designer will have to make a conscious choice to find and select each 2nd source part, but I imagine modern PDM/PLM systems could easily provide very good suggestions based on other BOM’s. So done right, this could actually be a much better way.

How does your system work?

Let me know in the comments below if you are using Method A or B? And why?

Disclaimer: I have always been interested in better and more efficient methods for engineering, but my interest in this subject was re-awakened lately when the Danish PDM/PLM system developer Highstage asked me to join their board. What advice should I give them?