You are here: Home » Blog » Measurement

How do you do probing for DDR memory? Placing an oscilloscope probe to measure fast signals is not an easy task. If you want to measure data signals for a memory chip, there is however a solution that you should know. The interposer. 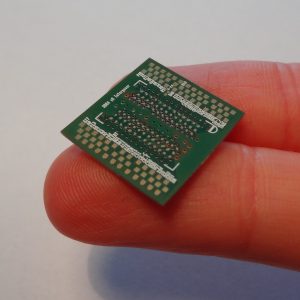 A tiny board that can be soldered in between the board and the chip. The interposer has the series termination resistors build right in, so it is in effect the tip of a high-speed oscilloscope probe. In a schematic overview, the cross-section looks like this: 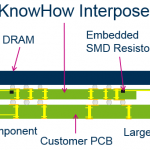 And if we zoom in on the physical appearance of the interposer, it looks like this from top and bottom: 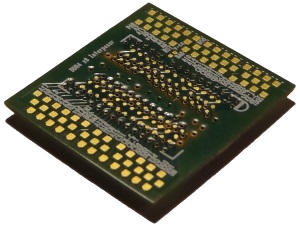 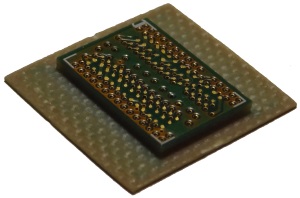 Why not measure at the via?

What is the problem with just placing the oscilloscope probe right on a via on the backside of the board (if that is accessible at all)?

Well, you guessed it, the distance from the die pad to the via. Look at the measurement we are trying to do here:

The scope measurement shows this data eye measured at the via: 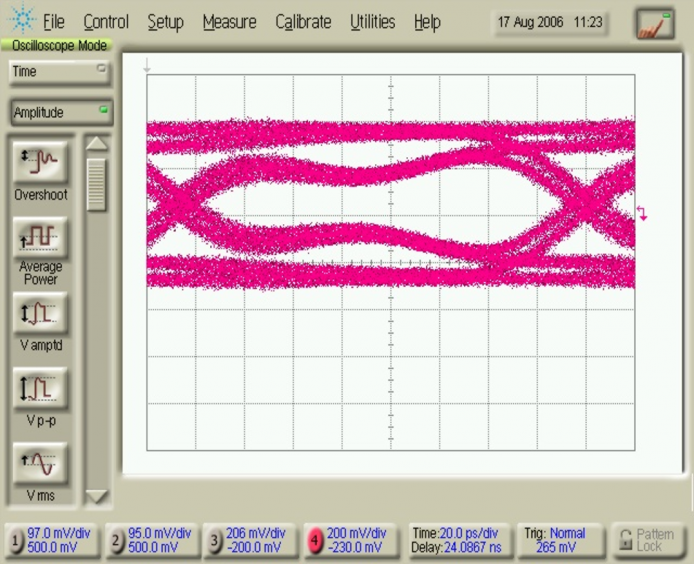 The question you must ask yourself at this point is: So is this as expected or not?

If you do the simulations, you will (hopefully) find that this matches with the simulated eye: 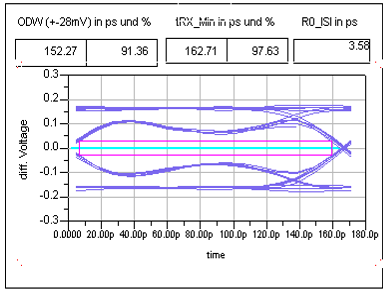 But the “real” signal at the die pad, which is what the receiving memory chip “see”, is going to look much nicer (again per the simulation): 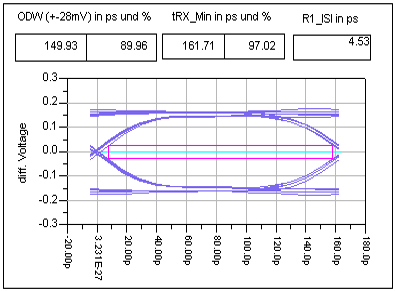 So it’s clear that you would want to take the measurements as close as possible to the die pad for the most accurate results. This is where the interposer comes in.

In two situations, the interposer is even more useful:

If you want to do the official memory compliance test, be aware that the requirements are defined at the ball of the memory package. Getting as close as possible to measuring at the ball is important. This is very true for DDR3 and DDR4 speed grades.

I am not saying that you will always need an interposer to verify a memory system, but as speed and board density goes up it will be more and more convenient. You make the call. At the end of the day, you will still have to rely on simulation to “de-embed” the interposer or “shift” the measurement point to the die pads.

Notice that the interposer will only help you verify signals the terminates at the memory device (writes etc.). If you want an interposer for the controller also (to verify reads), it may be possible, but obviously more expensive as these are larger devices and not with a standardized footprint.

The interposer shown is developed and marketed by Herman Ruckerbauer of EyeKnowHow.de – get in touch with Hermann if you want some. They cost €299 each (6-pack: €1500).

I hope this helps you in oscilloscope probing for DDR memory. Let me know below what techniques you are using?